Chartered by an act of the General Assembly on February 1, 1788,Glynn Academy is the second-oldest public high school in the South and one of the oldest in the United States. The wooden building pictured above (public domain image, via Wikipedia) and below dates to 1840. It is thought to be the oldest standing wooden public school structure in Georgia and the second oldest in the United States. Also, it is the only extant antebellum structure in Glynn County. In its early history it served as a temporary courthouse for Glynn County, as well. It was moved to Sterling in 1915, where it was used as a school for African-Americans until desegregation and was returned to this location in 2008 and is now used as an interpretive museum.

Several historic structures make up the campus of Glynn Academy, which is one of two high schools in Glynn County.

The Annex Building dates to 1889, and was designed by Alfred Eichberg. A lightning strike did severe damage to the structure in 2005. It has been completely remodeled and remains a vital part of the campus.

The Prep Junior High School Building is perhaps the most recognizable structure on the campus. Built in 1909 to house sixth, seventh, and eighth grades, it was later annexed by Glynn Academy. 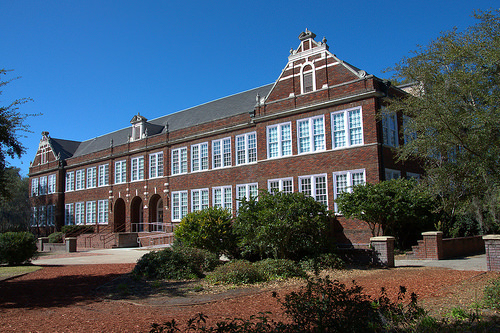 Architect Hendrik Wallin designed the eponymous Glynn Academy Building, which was erected as a memorial to Glynn  County’s World War I veterans. It was completed in 1923 and today is the school’s main administrative building. 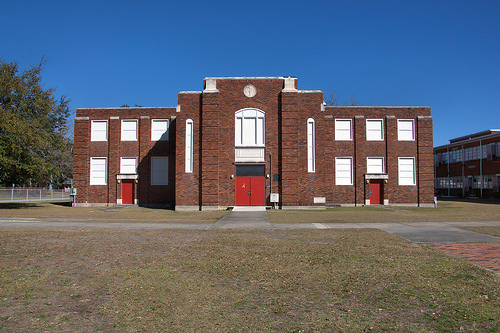 The A. V. Wood Gymnasium was built in 1928 to advance physical education at Glynn Academy. Though supplanted by a more modern gym, it is still in use today.