Vienna’s Romanesque Revival courthouse was completed in 1892. It originally featured a spire, which was later removed due to structural concerns. William H. Parkins was the architect. The confederate monument was dedicated by Dooly County’s surviving veterans and the Vienna United Daughters of the Confederacy Chapter 1097 on 26 November 1908. The kepi on the soldier is a rare authentic feature absent from most confederate monuments, but nearly as rare is the fact that a woman was the principal speaker at the dedication. Miss Mae Forehand was a rousing orator, according to accounts of the day.

This was built by the WPA as part of Roosevelt’s New Deal. 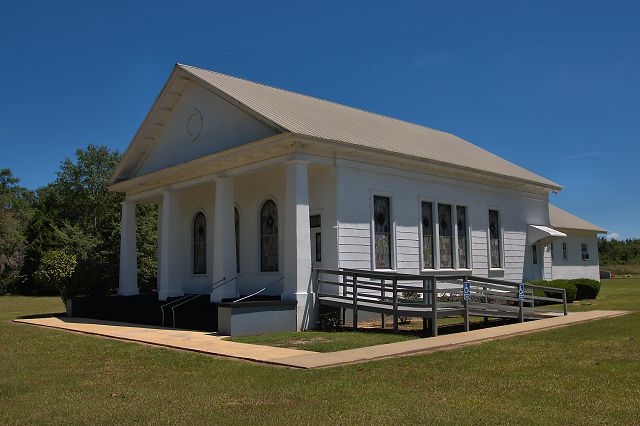 This beautiful church was built by a local man, Perry G. Busbee, who was the father of Governor George Busbee. 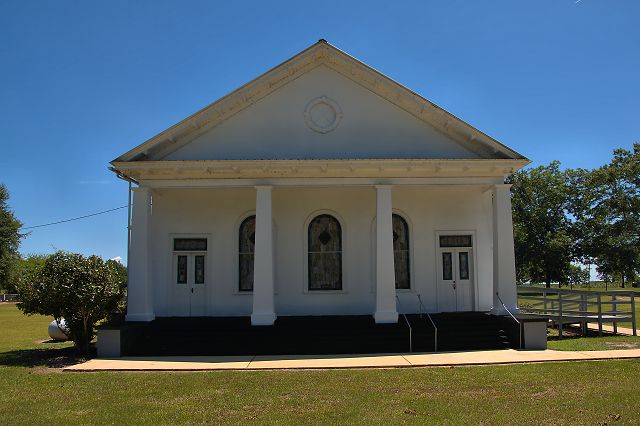 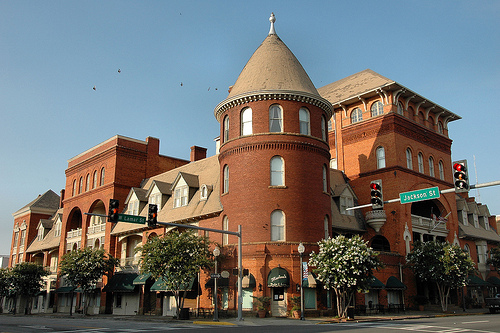 A two-story brick school house and two-story brick teacher’s home were originally located on this lot. Two dormitories for students who lived in the county and went to school in Ocilla during the week were also located here. None of those structures survive. The original school taught grades one through eleven, and as the student population grew, the teacher’s house was converted for use as a grammar school. By the early 1930s, these buildings weren’t large enough to accommodate increasing numbers of students and in 1933 they were demolished to make way for the present structure. Lauren Parrott (of Fitzgerald, I believe) was the architect. The Federal Emergency Relief Administration (FERA) began the project and it was finished by the WPA. While the new school was being constructed, classes were held in the courthouse, city hall, and Methodist and Baptist churches. The school was built between 1934 and 1936. For its first twenty years, it housed the elementary and high schools. By 1952, a new high school was built a few blocks away and this became the elementary school. It served that capacity until 1987. 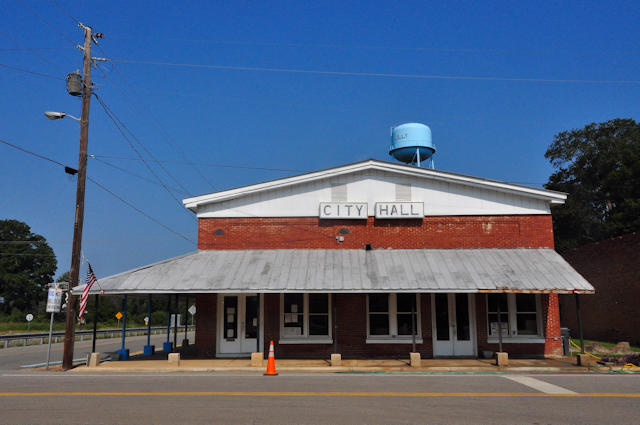 Victor McGough notes that The Bank of Lilly operated in the left corner of this building, before the stock market crash of 1929. For many years thereafter the remainder of the structure was the general merchandise store of Clay Ingram. Mr. Ingram’s store could be entered from either Oak St or Railroad St. It wrapped around the bank. The elevated roof is a modern addition.

Lilly was founded by brothers John, Frank, and Robert Lilly in 1902, when the railroad came through the area. It had originally been known as Fuqua in the late 19th century and, briefly, was known as Midway, for its location between Cordele and Montezuma. The commercial block now housing the city hall likely dates to the first few years of the town’s organization, between 1902-1910. 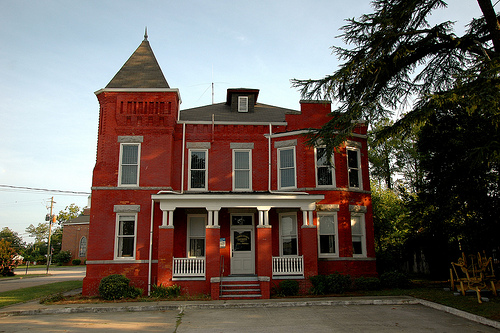 Though typical in design for many South Georgia jails of its day, the old Turner County jail is anything but these days. The City of Ashburn repurposed  the building as a tourist attraction, and it now houses The Crime and Punishment Museum. It’s definitely worth a visit if you’re in town.

Fitzgerald’s Carnegie Library served the community from 1915 to 1983, when it was replaced by a modern facility a few blocks away. The city recently restored this structure, which is now used as an arts center. C. E. Choate was the architect.

© Copyright Brian Brown Photography/Vanishing Media USA 2008-2022. All Rights Reserved. Unauthorized use of this material without express and written permission from this website’s author/owner is strictly prohibited. Excerpts and links may by used, provided that full and clear credit is given with appropriate and specific direction to the original content. For my purposes this now applies to Pinterest, Facebook group pages which collect photos without attribution, Tumblr, and all other photo harvesting platforms. Unauthorized use of any material on this site is a violation of copyright. Please report broken links and violations of copyright.