Billy Carter (1937-1988) bought this station from Mill Jennings in 1971 and owned it until 1981. During Jimmy Carter’s campaign for President in 1976, it became famous as the headquarters for the national media while they were in Plains. He reminisced of those days: There were 20,000 tourists a day pouring into Plains right after Jimmy’s election. Cars would be bumper-to-bumper for about 10 miles, from Americus to Plains. Highway 280 looked like a Los Angeles freeway. At the height of the station’s popularity 2,000 cases of beer and between 40,000 to 50,000 gallons of gas were sold every month.

Billy was a character and often got as much press coverage as his brother. He was perhaps best known, though, for his infamous Billy Beer. His endorsement didn’t go far to save the brew, which many said was the worst they’d ever tasted. Cans of Billy Beer can be seen in the service station, which is now a free museum. A pair of Hee-Haw overalls Billy wore are also in the collection, as well as numerous magazine covers and press clippings. 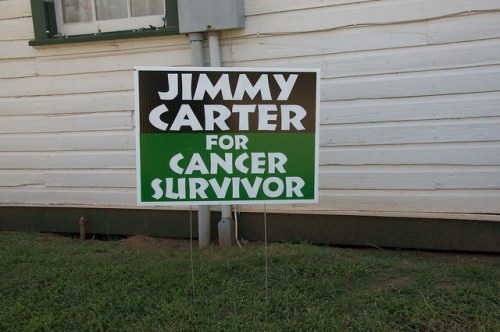 Upon learning of Jimmy Carter’s cancer diagnosis, the tight-knit community of Plains recently started a campaign that has nothing to do with politics. Signs like this wishing Mr. Jimmy, as he’s known locally, have literally blanketed the town. My parents asked me to buy them a sign if I found myself in Plains, so I stopped by the Plains Trading Post the other day and had a nice talk with Ramona Kurland who said that they were all sold out, but that more would soon be available. I felt this sign had special resonance, since it’s located at the historic Plains Depot. 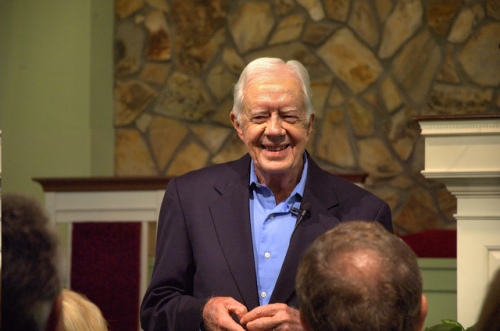 NO POLITICAL COMMENTS PLEASE. THEY ARE NOT WELCOME AND WILL BE DELETED. 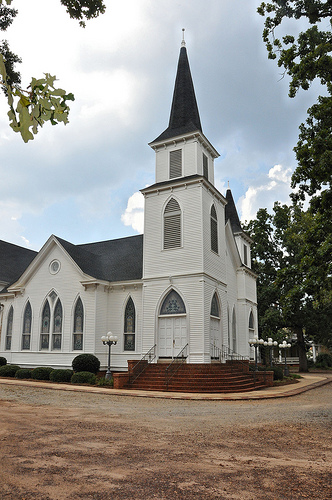 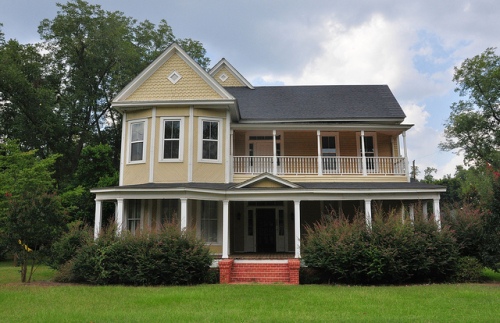 Craig Walters writes: This house was built by Milton Leander Hudson, one of the founders of Plains, who donated half the land on which Plains is located. (Side note. My daddy was born in the right front room. Grandparents rented an apartment there when they first married). 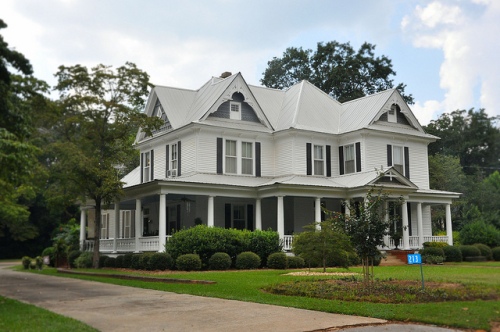 Built by contractor A. C. Wellons for Edwin and Alice Forth Timmerman in 1890. A. C. Wellons was another popular builder at that time. The original house had much more Victorian millwork.

After the death of Mr. McDonald’s daughter, this home was willed to the South Georgia Methodist Conference for use by retired pastors. It’s now a private residence. 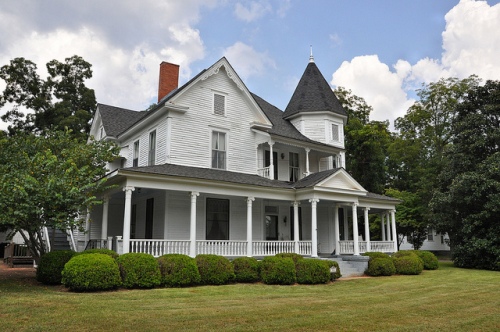 The original house on this lot was built in late 1880s by Randolph Oliver. In early 1890s, Mr. Oliver moved that structure to the north side of his property and lived in it while he built the two story home you see now. The original home still stands as well. The round tower room on the second floor was known as the “birthing room”. Mr. Oliver was a popular home builder in Plains at that time. This history was shared by Craig Walters, referencing Beth Murray Walters’s (his grandmother) The History of Plains. 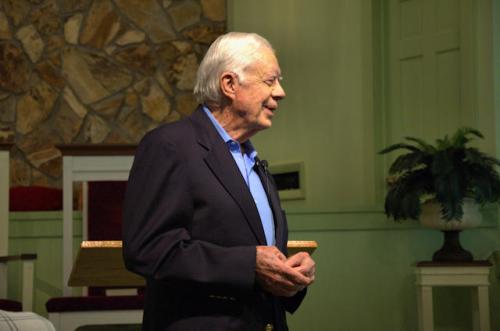 Former President Jimmy Carter, who retains strong ties to his small hometown of Plains, teaches Sunday School several months during the year at Maranatha Baptist Church. The public is welcome to attend and people visit from all over the world. President Carter was very gracious and taught a wonderful lesson about powerful women of the Bible. It was an honor to be able to attend and to photograph the Nobel Peace Prize winner.

In addition to his many talents, President Carter is also an accomplished woodworker. The cross seen below was made by Mr. Carter.

PLEASE DO NOT POST POLITICAL COMMENTS. THEY WILL BE DISREGARDED. 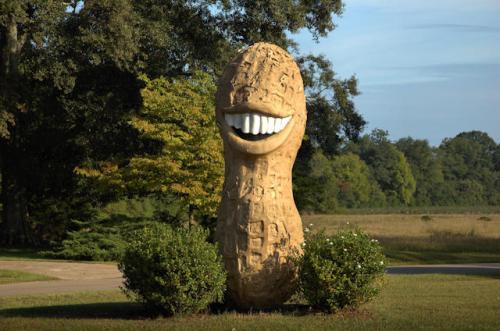 The most-photographed roadside symbol in Plains, this peanut was made for a rally in Evanston, Indiana in 1976 by James Kiely, Doyle Kifer, and Loretta Townsend.  After spending years beside the depot, it was later moved to the Davis E-Z Mart on Highway 45.