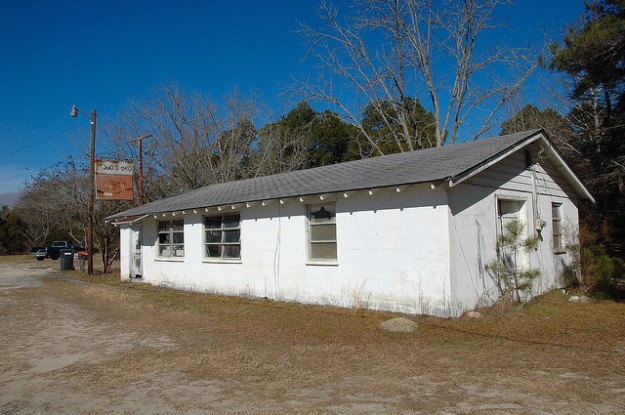 Kyle Corrigan writes: According to my grandma, the store was opened by Charles and Vera Todd, my great-grandparents, sometime in the 1940s. My grandma has memories of working in the store as a teenager in the 1960s, and they actually lived in the house behind the store. In the 50s the store also had gas pumps outside the building, which are currently in my grandma’s possession. The store closed in the late 1980s after Charles passed away and Shuman’s Gas Station (now called E-Z Quick Stop) opened across the street.

My great-grandparents originally lived in Willie, Georgia, but left during World War 2 because of the creation of Fort Stewart on that land. To this day many Todds still live in Gum Branch. In fact, my grandpa actually served as the first mayor after the city was incorporated in 1979. According to my grandpa, they incorporated in order to stop nearby Hinesville from expanding their area, as they feared there would be an increase in tax rates. Also, almost everyone who lives here calls it Gum Branch, but legally it is Gumbranch, apparently the result of a clerical error.