Hebron Baptist Church is located south of Americus. Steve Short writes: This church was founded in July 1894 by Rev. Augustus C. Wellons (1854-1932), who is buried at Lebanon Cemetery in Plains. Hebron celebrated its 125th anniversary in July 2019. Notably, dozens of descendants of Rev. Wellons’ niece Eugenia Wellons Short are members of Hebron today. Rev. Wellons and his sons built many houses and structures in nearby Plains, including Plains Baptist Church and the two-story Wellons House, formerly known as the Plains Bed & Breakfast Inn.

This amazing Greek Revival townhouse likely dates to the 1850s-circa 1860. The only history I’ve been able to track down so far is that it once served as a funeral home. I hope to update with a name and a more accurate date. The facade of the house was obscured by pines for many years but has recently been exposed by the removal of the trees.

This house, with its ornate latticed porch, is a great example of the transition from the Greek Revival to the Victorian aesthetic.

Alabama natives and self-made millionaires, Millard and Linda Fuller came to Americus by way of Koinonia Farm in 1965. Koinonia was (and remains) an interracial faith-based community south of Americus which promoted equality for all. Just being a member of the collective was a bold statement at a time when the Jim Crow South was being subjugated by emerging Civil Rights legislation and mandates.

This historic home on West Church Street served as Millard’s law office. When his family returned from a three year mission to Zaire in 1976, it became the first headquarters of Habitat for Humanity. The organization, which has become a household word, has been widely applauded for the good work they have done over the years, especially the construction of affordable housing for those who can’t always purchase them through traditional methods.

Built as a grocery store in 1899 by Joseph H. Dismuke, this structure also served his family as a residence. Dismuke was the nephew of Elbert Head, a well-to-do black farmer and philanthropist, from whom he initially acquired the property. It was sold to Janice Coleman in 1919 and briefly owned by W. C. Flatt before being purchased in 1922 by John Minyard, who added a cafe. The cafe was so popular, especially on weekends and special occasions when it sold alcohol, that the neighborhood came to be known as”Minyard’s Bottom”. The Minyards got out of the business by the 1950s and Earnest Wilson, then his son Clyde, ran a barbershop here until Clyde’s illness in 1978.

These memories come from Karl Wilson’s (Clyde’s son) “History of the Storehouse”, written in 1985.

[The storehouse was originally located about 20 feet closer to the corner of the lot but was moved during infrastructural modifications in the neighborhood in 1987]. 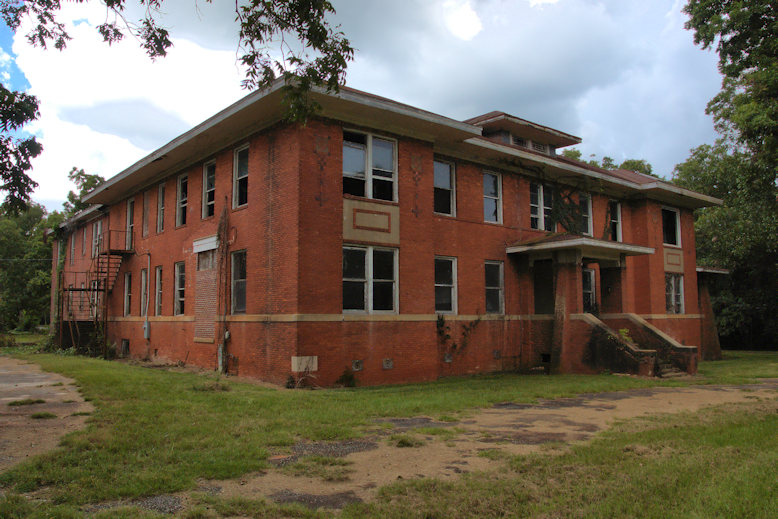 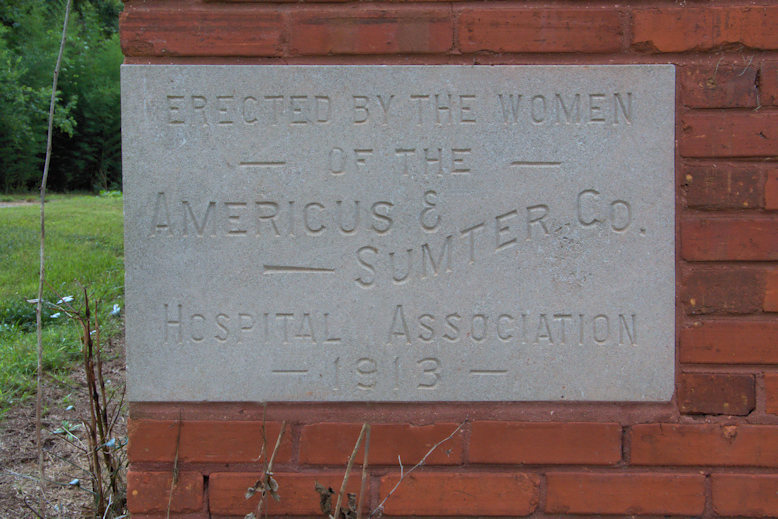 Initially a 27-bed facility, it doubled in size after the addition of an annex in 1932. It was in use until a new hospital opened north of town in 1952. 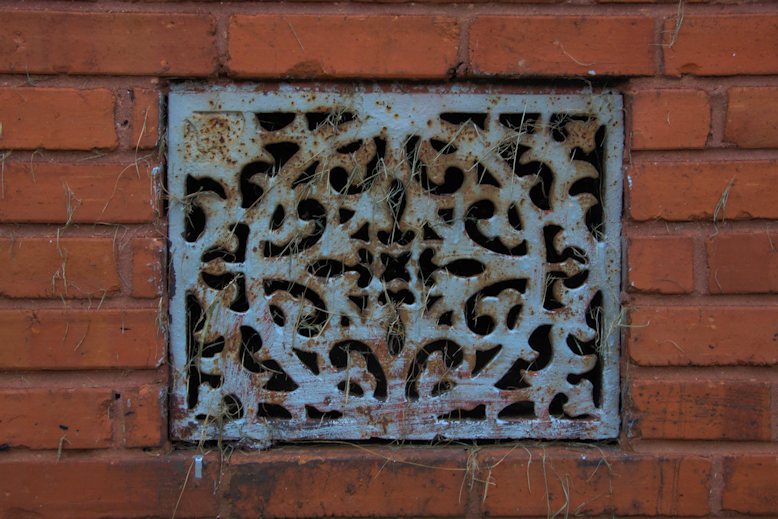 This Prairie style landmark has been abandoned for over 60 years and is presently on the market. 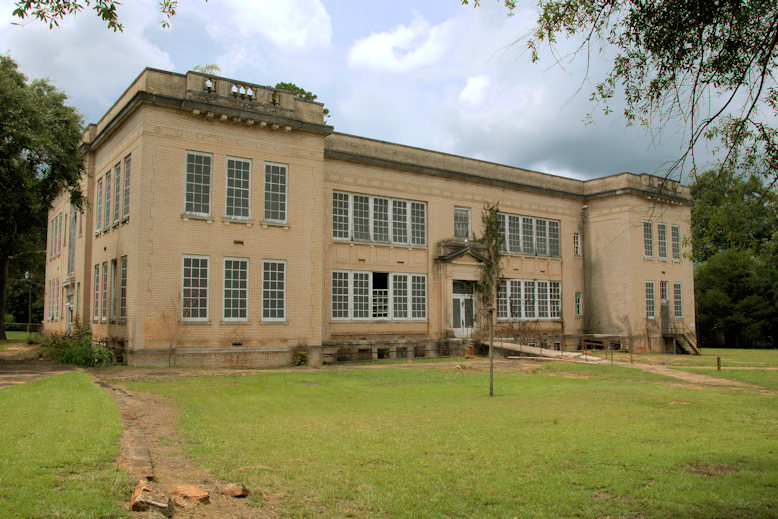 The Furlow Female College originally stood on this site and after being closed was used as the first public school in Americus, beginning in 1880. It was replaced by this structure, known as the Furlow Grammar School, in 1914. 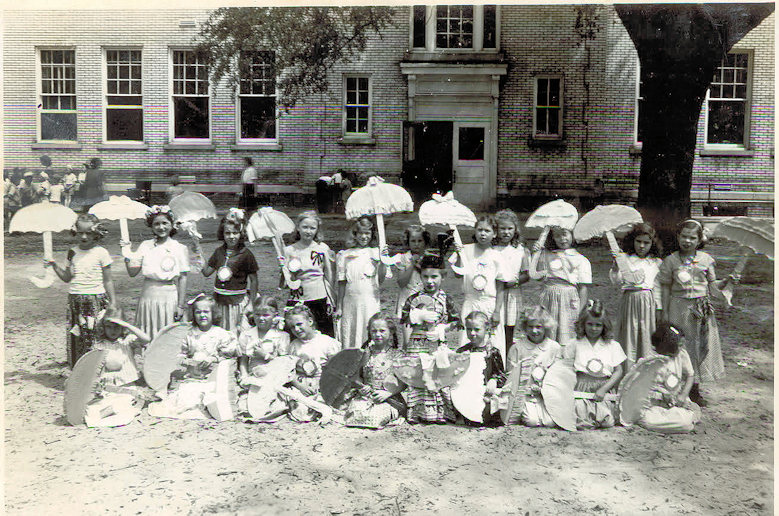 My friend Joan Holloway shared this treasure and if I understand her correctly, this photograph is Mrs. Glenn’s First Grade class, dressed for what Joan called  “Tacky Day”. She notes she was the girl standing in the front row, with white gloves. Joan notes: I attended first and second grades at Furlow. I started after my sister was born in Savannah in October 1944. Mrs. Glenn was my teacher. Then the next year 1944-45 I was in Miss Klebe Kemp’s second grade. The summer of 1945 we moved back to Savannah. Note all the open windows-air conditioning wasn’t known back then..

We were living in Americus in Sep 1943 but the school didn’t want me to be enrolled until I “grew some more.”  The next school year my mom was expecting and we  returned to Savannah in order for my grandmother to help my mom after she gave birth to my sister.  (In those days women stayed in bed for about 30 days after they gave birth.)
I actually attended 38th Street School here in Savannah until mom and baby could safely ride the train home.  Furlow School then let me transfer in when we returned to Americus.
Americus was a great little town.  I have lots of fond memories of living there.  We first lived at 201 East Hill Street.   My favorite thing to do there was walk barefoot in the soft red clay after a summer rain. It would be so much fun to feel soft, cool clay squishing up between my toes again!  The following day my brother and I would stand in our then hardened footprints.
I really enjoy your photos of Americus.  The Lee Street House was the second House we lived in there.  Did you know that house has 3 backyards!  During the war four families lived in it.  The Lees and Hendricks lived downstairs and my family (Thomas) and a young childless couple lived upstairs.  I think their name was Hollis.  They were crazy about my little sister and she called him “Holly.”
Two old aunts of a well-known war reporter lived next door (to your right as you look at the house).  I remember he was married in their backyard and I watched the ceremony from a window.  It was the first wedding I ever “attended.” 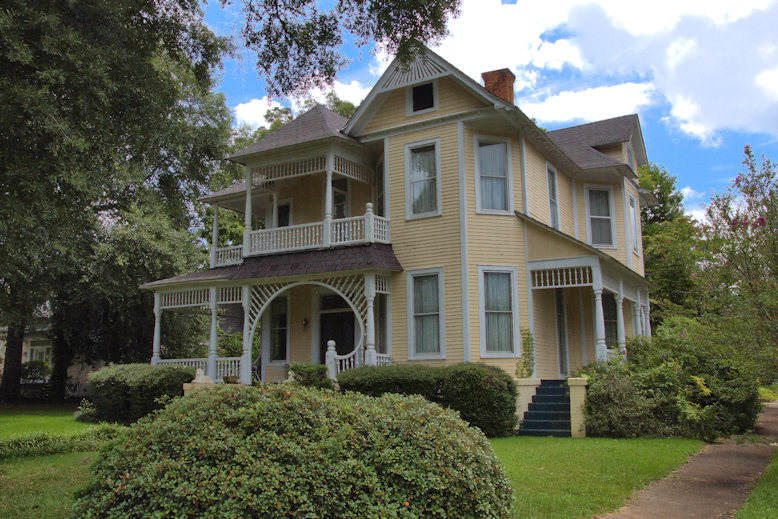 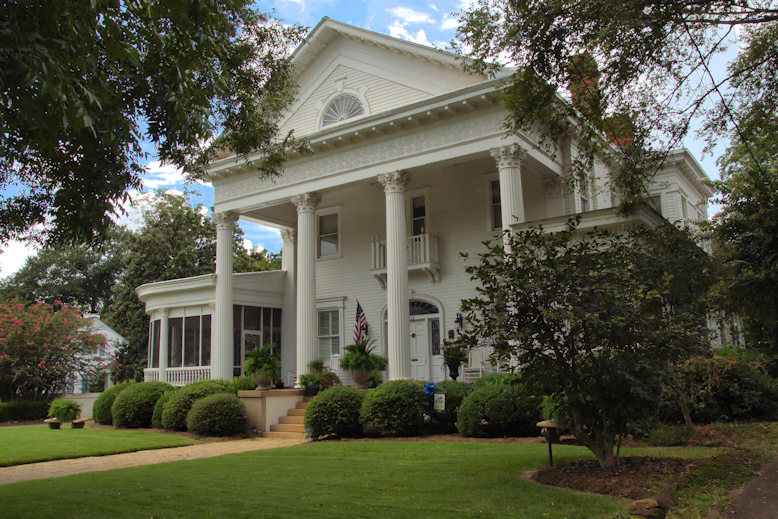 This is one of the grandest homes built in Americus in the first decade of the 20th century. 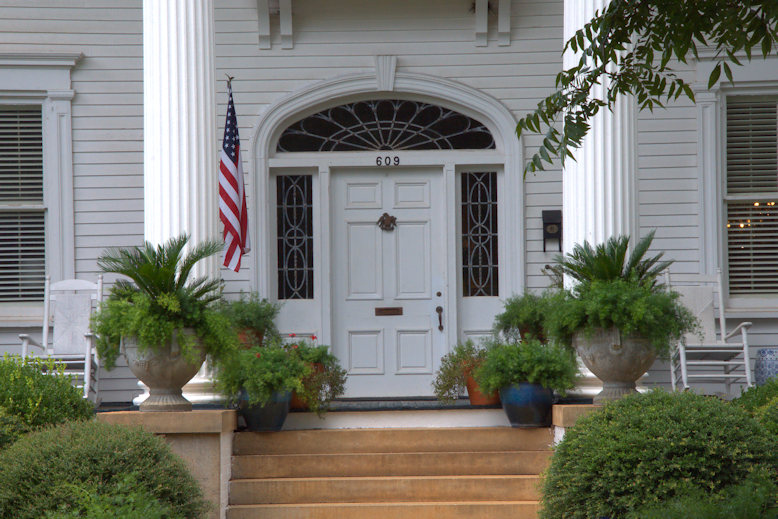