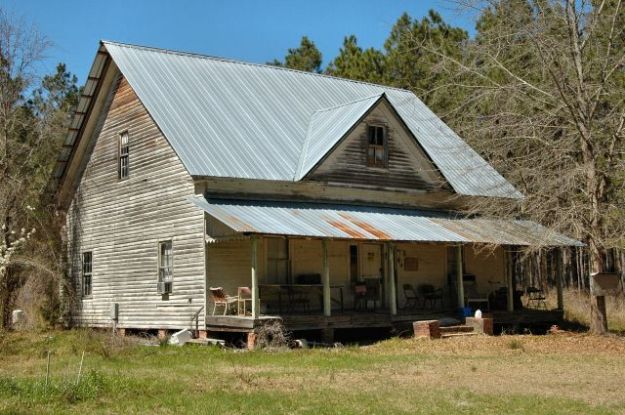 This is now part of the Headwaters Hunting Club.

The Woodpecker Trail is one of the oldest designated tourist routes in the United States. First known as the Woodpecker Route in the early 1920s, it ran from Augusta to Lake City and Jacksonville, Florida. Much of the original route is still intact. With the financial ravages of the Great Depression, the route fell into disrepair and its designation was abandoned. In 1947, a group of community leaders from stops along the old route met in Millen to re-establish it as the Woodpecker Trail. Permission to use Walter Lantz’s “Woody Woodpecker” character on new signage gave the project much publicity and an expanded route ran from Charlotte to St. Petersburg. It was promoted as the fastest route to the Gulf of Mexico, but with the rise of interstate highway travel in the late 1960s and early 1970s, it again fell out of favor with travelers. A new interest in backroads travel in the late 1990s breathed new life into the route once again, and new signage and advertising by the state of Georgia promoted the Woodpecker Trail and Georgia Highway 121. It might be a little out of the way, but it’s a great drive, passing through open country and small towns from Augusta to the Florida state line.

This looks to have been a busy place in Bristol at one time. By 2013 most of the old signage had been painted over and it was known as Tacos Mendoza.

As of January 2017, this has been demolished.

I believe this is the only remaining historic commercial storefront in Bristol. Michelle Martin Lee writes: This was my grandparents’ store. It was called Bristol Grocery & Hardware and was owned by Mr. & Mrs. Drawdy, who are both now deceased.