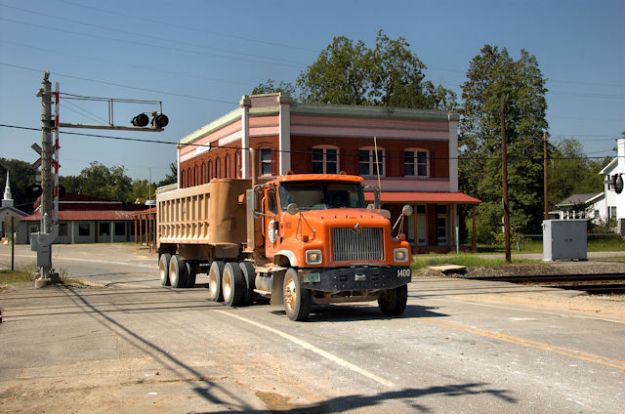 Toomsboro was settled around 1851 (the year it first had a post office, known then as Toomsborough). It was named for Robert Toombs, a prominent politician of the antebellum and war eras, but I have no idea why Toombs is misspelled in the town name.  A mile away was Emmitt, which had a post office from 1842 – 1857, but lost most of its rail business to Toomsboro.  While the history may be a bit unclear, one thing for certain is that Toomsboro today is a beautiful village, a step back in time. Nestled among gently rolling hills carved by the nearby Oconee River, the town is as well-preserved of any of its era in Georgia. Kaolin is king in this area, so if you’re photographing in Toomsboro, watch out for the trucks, which come through quite regularly. 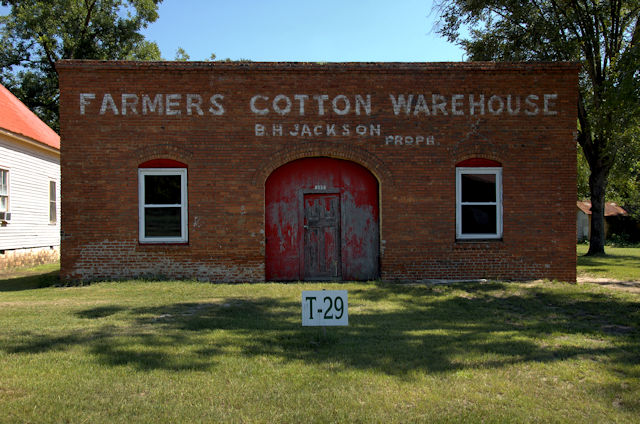 This antebellum structure began life as a whiskey store, but for most of its history was  known as the Murray Hall General Store. It’s one of the oldest standing country stores in Georgia, and though it’s been closed for years, it is well-maintained.

Originally a dry goods store and bank, this structure has been known for years as the Swampland Opera. In 1975, the late Joe Boone, Jr., started the business as a weekend venue for musicians and each Saturday until 2000, a country, gospel & bluegrass music hoedown was held here.

This house was built by Murray Hall, who owned the iconic general store in Toomsboro. Thanks to Dwayne Ussery for the  historical background.

Please see Mike McCall’s photograph of an identical depot located in nearby Tennille and built the same year.

There were several houses in the area with varying interpretations of this design.