This imposing villa was built by the nationally-renowned Moultrie architect William Frank McCall, Jr., for his friend Robert Byrd “Brother” Wright, Jr. It is more than just an unusually formal home for South Georgia; its facade was rescued from the old Paramount Theatre, an Atlanta landmark designed by the great classicist Philip Trammell Shutze. The Paramount, which opened in 1920 as the Howard Theatre, was demolished in 1960. A wonderful book about the house and its quirky history, Twice Told Tales of a Southern Palazzo, was written by McCall’s nephew, John Clark McCall, Jr. John has been a delightful correspondent and very helpful in sharing the legacy of his uncle Frank.

According to a synopsis published on their website, Mother Easter Baptist Church was founded in 1894 by Rev. James O. Kelley, Alex Deberry, C.W. Hall, Sim Baker, Will Peterson and R.W. Ramsey. The original site was on a 1875 foot lot located in Northeast Moultrie near the Tifton-Thomasville, Georgia Railroad Company.

The church is named in honor of the woman(Mother Easter) who gave the founders permission, before the original site was built, to hold services in her home. Today information about Mother Easter is limited; however, it is believed that she is the same Easter Smith on the 1900 population census for Colquitt County whom records corroborate was a sixty-five year old widow who owned her own home and worked as a domestic in the home of Daniel Horne.

Rev. James O. Kelley was the first pastor of the church. He was a dynamic minister and worked diligently to build his congregation. In 1898, Rev. Kelley resigned and George H. Hunter became the second pastor. In 1903 there was a fire and a new church was built on Third Street and services were held on first and third Sundays.

On January 25,1905 the new church and the pastor’s home was destroyed by a fire. On March 17, 1906, conference convened and the members decided to construct a new church. On March 22, 1906, the property on the corner of Second Avenue and Fourth Street Northwest, where the historic church now stands, was purchased from Issac M.D. Turner.

A new church as completed in 1985 and remains in use today.

I’m grateful to Mandy Green Yates for making me aware of this wonderful structure.

The Knight family opened this seafood market in 1937. The iconic sign may be nearly as old as the business itself. Charles Knight continued the tradition and kept Colquitt County supplied with the best fresh seafood available. The market closed in 2015, after nearly 80 years in business. 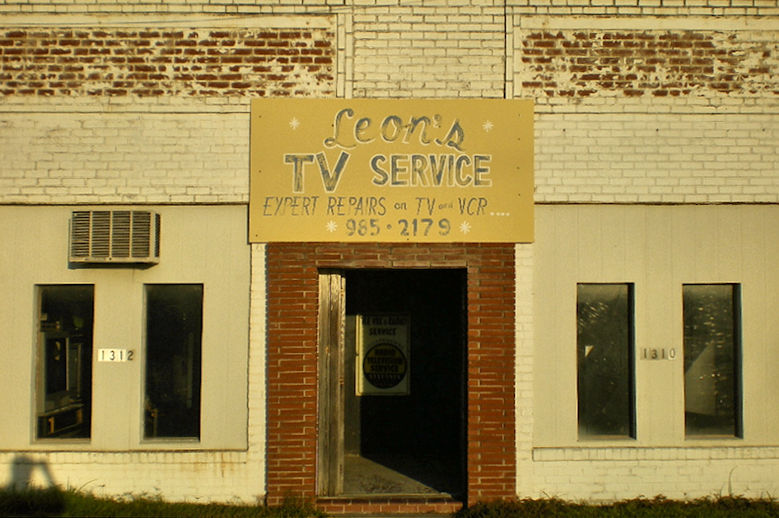 The television and VCR repairman is certainly a vanishing occupation, if it’s not gone already. I made this shot in 2008. A sign just inside the entryway noted that Leon was an authorized Sylvania Tee-Vee repairman. 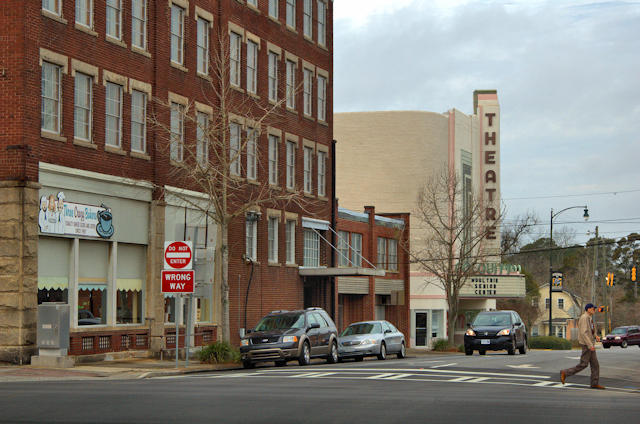 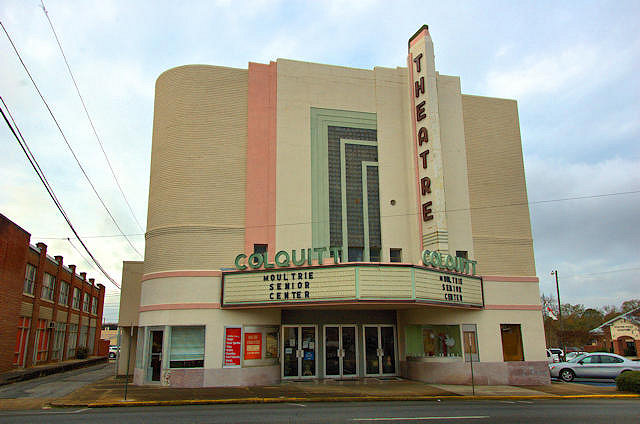 This Art Deco landmark now serves as the senior citizens center. Built by Charlie Powell and remodeled after burning in 1956, it’s one of the most visually appealing theatres in South Georgia. 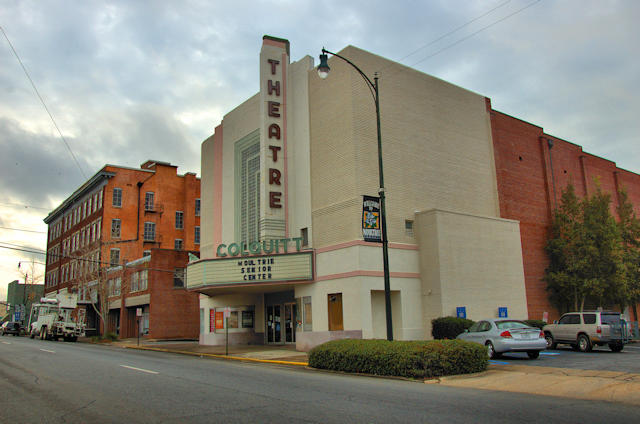 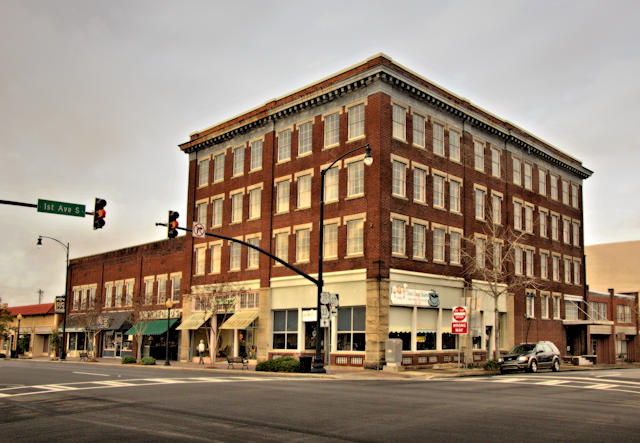 I believe the first primary tenant of this building was the Citizens Bank of Moultrie, which was established in 1900, but first utilized another facility. Monty Carlton writes that it’s known today as the Commercial Building and over the years has housed everything from doctor’s offices to dress shops. 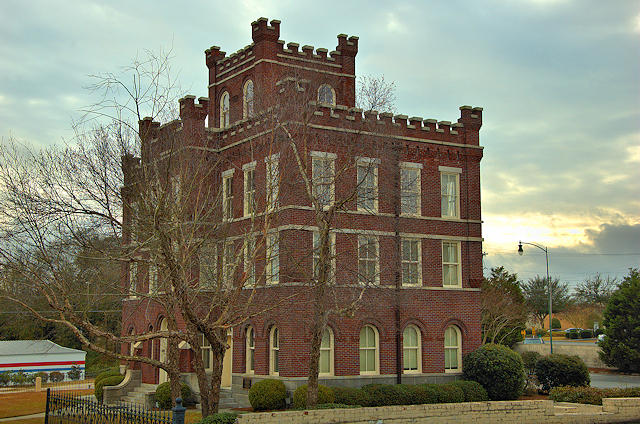 This is one of the best examples of a “Citadel Style” jail in Georgia. It now serves as the headquarters for the Moultrie-Colquitt Chamber of Commerce.