Through the efforts of Wesley Newman Raymond and Robert Richardson, the Raymond-Richardson Aviation School was established at this site in 1939, to teach basic flight skills to college students.

During the war, several thousand men learned to fly here and went on to serve all over the world.

Many local women provided support as clerical and food service employees, as well as civilian dispatchers and aircraft mechanics.

The based was decommissioned in 1944 and the hangers have been incorporated into the old airfield, now known as Douglas Municpal Airport (KDHQ).

The property, now owned by the city of Douglas, has been used for numerous purposes since the end of the war.

Through the efforts of local enthusiasts, Barracks 7 is now home to the WWII Flight Training Museum, which has limited hours. The property can be accessed at any time.

This barn is located near the Wilsonville community.

Two people reached out to me to say that the old DeBerry Baptist Church was being torn down. The original chapel is around 100 years old.

There is a larger more modern facility on the property and I presumed the demolition would allow for further expansion. However, Rafe Semmes writes that the reason the church is being torn down is that foundation has suffered extensive rot and the cost of repair was deemed too expensive to be practical. 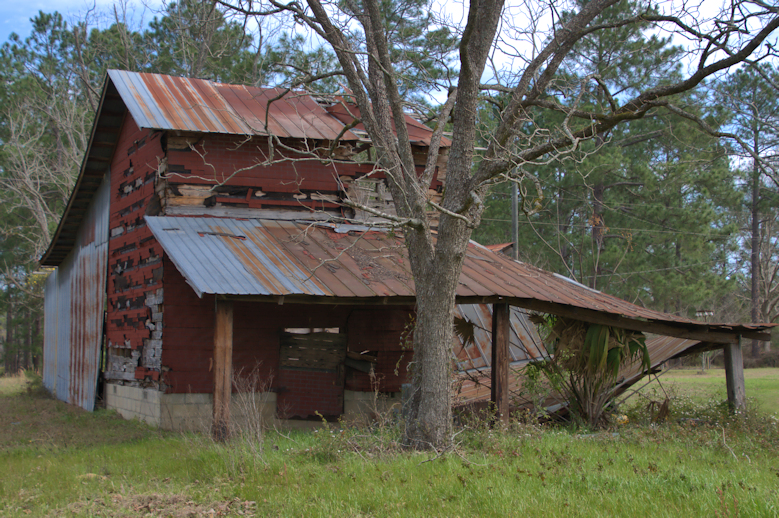 This barn is located between Red Bluff and Jacksonville. 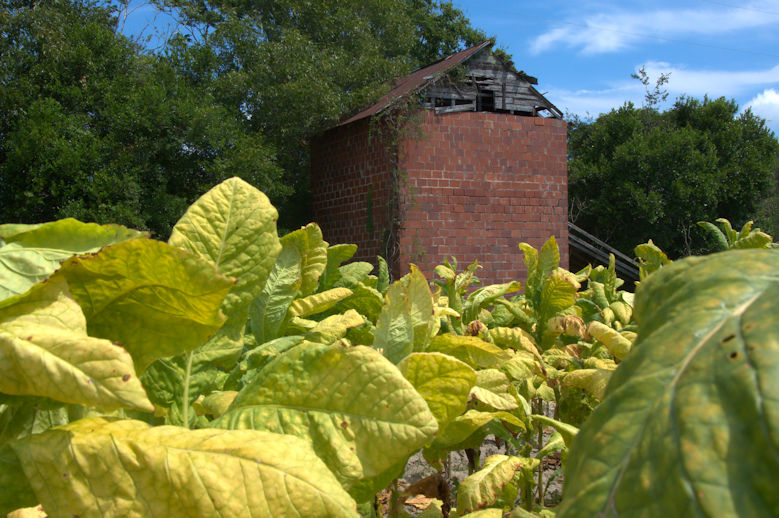 This was originally part of the Shrouder farm.

I’ve been told this was once a bank but can’t confirm it at this time. I will update if I learn more.

This was most recently home to Lott’s True Value Hardware. I imagine it was a hardware or department store prior o that.

Ocmulgee Street was once Broxton’s main commercial area. The Western Auto store was located in the second building from left (above).