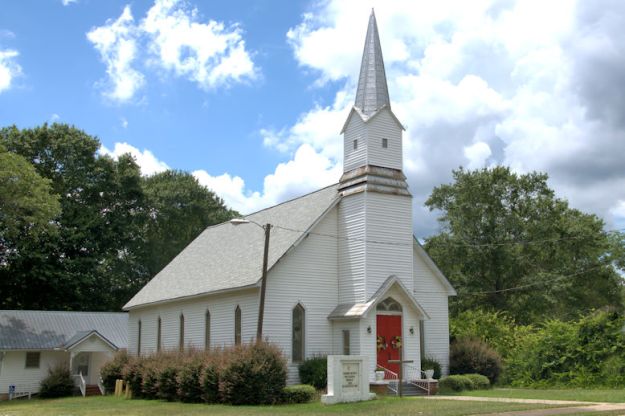 The Methodist church at Canon was established by Reverend John F. Yarborough in 1905 and built by James Fleming in 1907. Reverend Yarborough served as the first pastor.

Along Georgia Highway 17 in Canon are three turn-of-the-century churches which collectively make up the Historic Churches of Canon Historic District. Canon Baptist is the oldest of the three structures, dating to 1896. A newer structure now serves the congregation, but the old church is still maintained and used for special events. 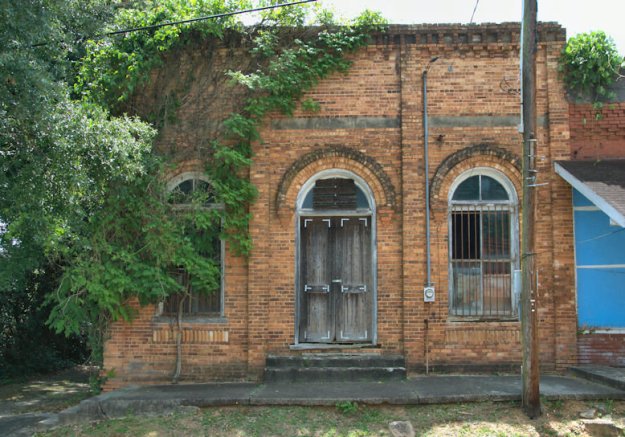 This was home to Mabry’s Grocery for many years. A Coca-Cola mural with the store name once adorned the building but was painted over at some time. It was possibly home to another store in earlier years.

Two old banks survive in Canon, indications of a thriving existence in the early 20th century. Both likely failed during the Great Depression. 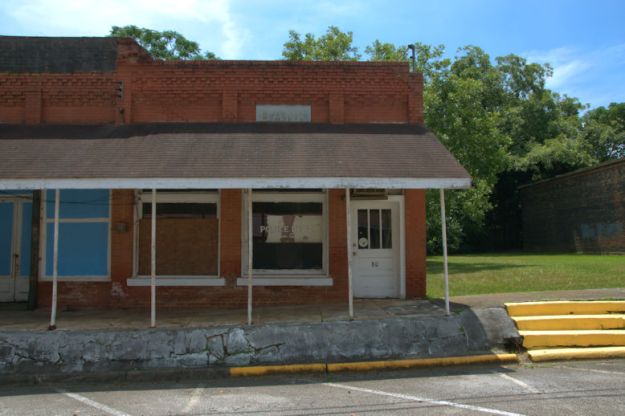 J. A. & B. F. Cheek owned this large storefront on Depot Street. The facade on the left has been altered but the larger section on the right retains recessed entryways and imprinted marble kickplates identifying the Cheeks and the year of construction.

In its secluded setting, the Bowers House is difficult to capture, but that’s the point. It’s been put into service as a literary retreat, an effort by its owner, Ellen Bowers Davenport, to keep the house in the family while providing writers a quiet creative space. It was built as the Canon Hotel during what could be called the town’s boom time, when the railroad kept the mills running and cotton was king. Traders and salesmen were regulars but the property failed in the Great Depression in a region already ravaged by the deleterious effects of the boll weevil. Ms. Davenport’s grandparents purchased and converted it into a private home thereafter.

Depot Street used to be the “main drag” in Canon, but now most people just pass through on Georgia 17 and don’t even notice the old downtown. 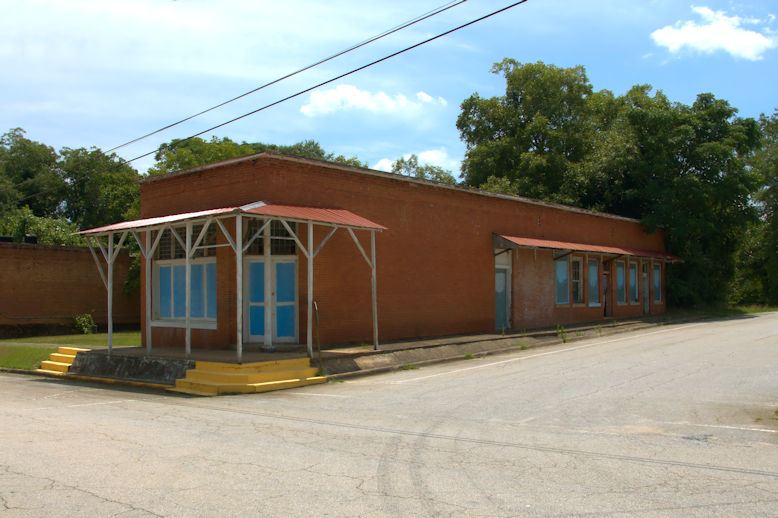