This is presently home to the Ware Visiting Nurses Service, but Tom Chandler notes that it was originally the Timber Protection Organization (TPO) office.

The Steedley family has operated this landmark, from tavern to restaurant to catering business, since the Great Depression. I don’t believe the restaurant is still open but it was famous far beyond Homerville. Travelers passing through this isolated town on busy US 84 depended on its good food and friendly atmosphere for generations. 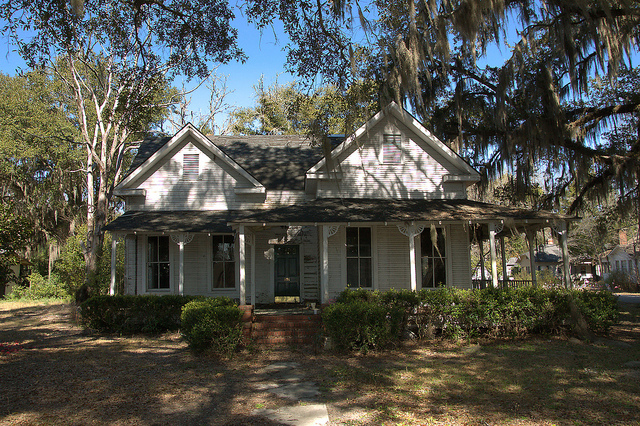 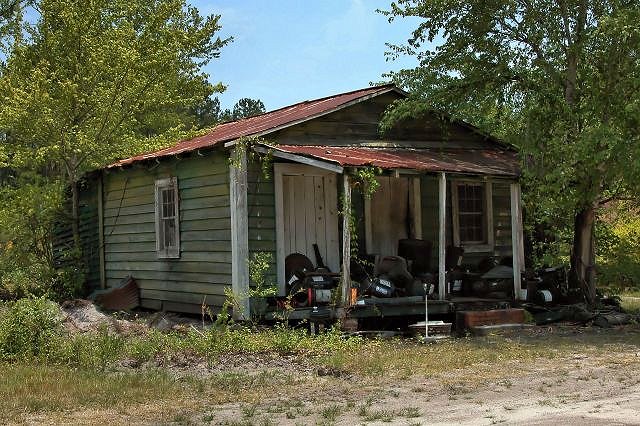 The man pictured below is Oscar Hodges, who lived in Virgil Chandler’s “Green Quarters” and worked turpentine for many years. He lived out of the commissary. Jesse Reavis Steedley, who shared the history and the vintage photograph and knew him for many years, writes that he was a fine, hard working man.

Originally known as Station No. 11, this depot in Homerville has served the Atlantic Coast Line Railroad an its successors for at least a century. Service ceased here in 1983 and after its acquisition by the City of Homerville, it was restored in 2010. Becky Tomerlin writes: I have lots of good memories from this depot. As a child, I rode the train here to visit my Grandparents & of course, left it going back home. My Grandaddy had a grocery store across the street & always sent us back home with a sack full of penny candy. Those were the good old days!

Established in 1875, the Homerville Methodists first met in the courthouse. Land for the church was donated by the railroad and through the contributions of Henry J. Peagler and others, the present structure was built. Sided with Georgia marble, it’s one of the nicest structures in Homerville.

Built to replace a wooden structure of 1872, this stately jail was designed by prominent architect T. F. Lockwood. The Manly Jail Works of Dalton built the “jail” part. It served until 1927 when yet another jail was built. The Homerville Woman’s Club saved it from demolition and it has served many purposes over the years. I believe it’s still associated with the Woman’s Club.