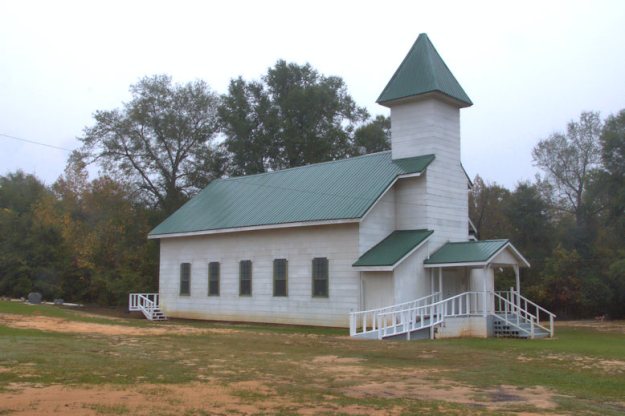 Though this great little house has a slightly Victorian appearance, I believe its origins are earlier, perhaps as a vernacular Greek Revival. 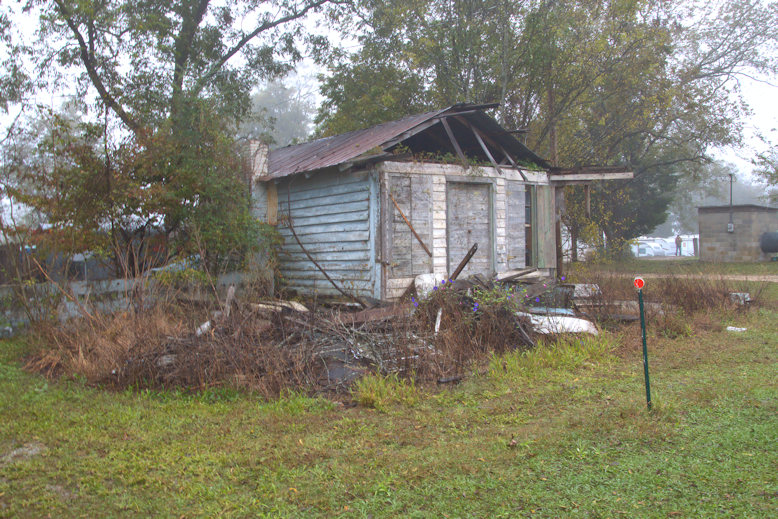 A hunting camp is about the only sign of life one encounters in the Shell Bluff community today, but this appears to have been a country/general store at one time. Dale Reddick notes:  Shell Bluff is well southeast and downstream along the Savannah River from the Fall Line. And then, there’s that community of Shell Bluff at the intersection of GA 23 with GA 80. It’s separated by several miles from the actual Shell Bluff & Shell Bluff Landing on the Savannah River. That duality causes problems when discussing “Shell Bluff,” as in which one you mean.

Shell Bluff, in general, derives its name from the fossils of giant oysters that have been found near here, in an area that was once the shallow part of an ancient sea.