This congregation was established in 1906.

This appears to have originally been a commercial structure, perhaps a grocery store or warehouse, that has since been converted for another use. 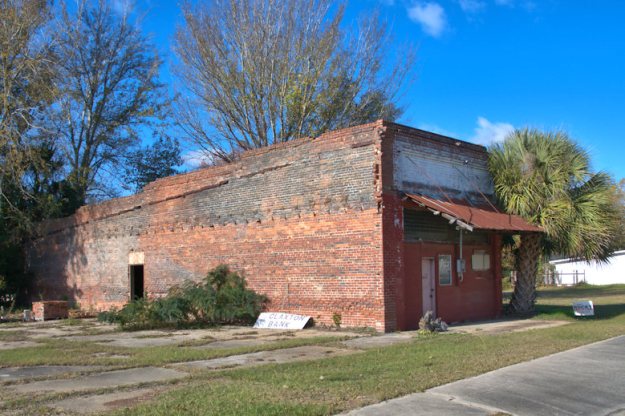 This is one of several commercial structures in Oak Park built by Joe Powell. Originally a pharmacy, it was later owned by Harvey Woodrow Lindsey and served many other commercial uses over the years and is now the last survivor of a row of three brick storefronts. 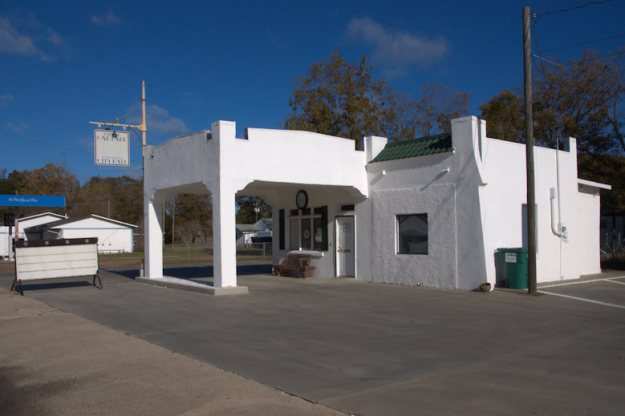 Roscoe Peoples built this Sinclair Gas station in 1935, in the Mediterranean Revival style often associated with the roadside architecture of the time. In recent years it was home to John Lindsey’s service station and the Snake Hunters Club. John Lindsey was a well-known snake collector who milked venomous species for the manufacture of antivenom. The structure has been restored and now serves as the Oak Park City Hall.

I first thought this might have been a school that was later transformed into a house, but that is not the case. Olivia Williamson Braddy writes: This house was built for Joseph Jackson “Joe” Powell (1871-1957) and his wife, Ava Cynthia Youmans. Five children were born and reared here. After Cynthia’s death in 1942, Joe married Maggie Keene Morris. Following their deaths, the house was sold to Schley Williamson and continued as a dwelling until his daughter, Vernery Williamson Cason, passed away in 2010. It was always used as a residence.

Joe Powell was a well-known resident of Oak Park, who besides teaching school, also had a reputation as a builder of many structures, both residential and commercial, in the community.

On another post about Foskey’s, a user wrote: Back in the day, Oak Park had a reputation for being a “rough place” and we used to tease my dad when he would go there to get his hair cut — “Daddy, you’d better make sure he knows how to do stitches as well as cut hair!”