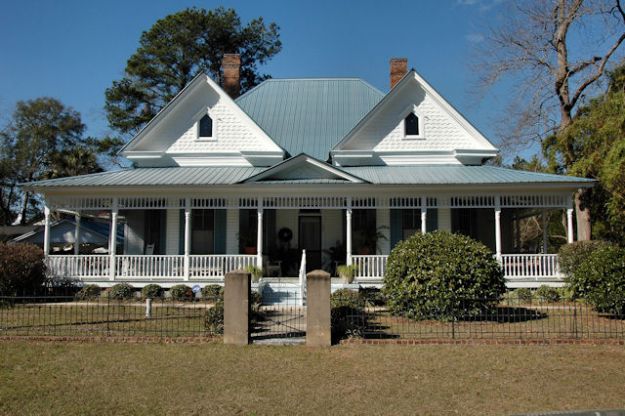 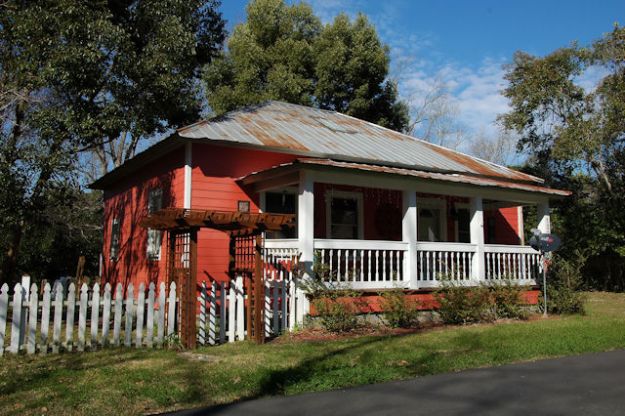 Like most Georgian Cottages, this house features ornamentation, a Queen Anne gable in this example.

Robert D. Plymale, who has been the clerk of Boston Primitive Baptist since 1987, writes: This church held its first service November 17, 1907 with Elder Simms filling the pulpit. There were many members and church goers back then. Sunday dinner was held in the yard under the tree on a fence wire table after the morning services, which were concluded about 1 PM or so. 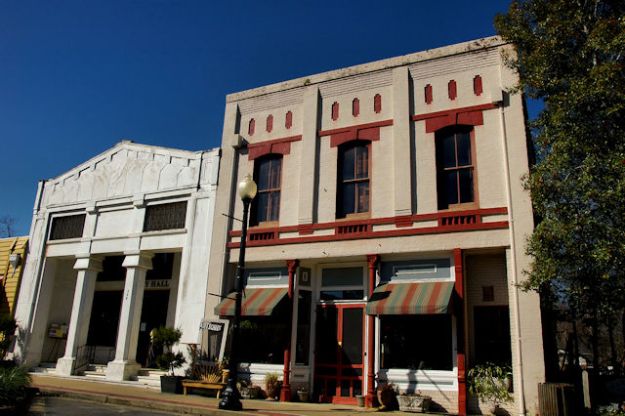 The marble-front building was built in 1898 and the marble front added in 1916. It originally served as the Farmers & Merchants Bank and was later the Boston Post Office. Today it serves as Boston City Hall.

The National Register nomination form for Boston Presbyterian notes: This is believed to be the only structure moved from the former settlement of Boston in 1861. At that time its name was changed from McIntosh Church to Bethany Presbyterian Church. For many years it was the only church building in Boston. The building is a wood-framed structure, originally three bays deep and two wide; in 1908 it was expanded toward the front (possibly enclosing an original porch or portico) and a new entry vestibule under a three-tiered centered tower was constructed. In 1910 the name was changed to Boston Presbyterian Church.

* It’s easy to see that the structure could have begun as a simple vernacular Greek Revival built before Boston relocated to its present location around the outset of the Civil War. The original section is contemporary to the church’s founding. I hope further research will be done. More evidence can be gleaned from  the evolution of the church cemetery. Dating to 1861, it became the final resting place of many from different denominations who worshiped here and eventually became the city cemetery.

The waiting room and office section is all that remains of the Atlantic Coast Line Railroad Depot in Boston. The freight room was removed long ago.

Originally home to the city hall and fire department, this now serves as the police department. Mark Strickland notes that it has also housed the city jail. According to Danny Groover, the exterior and first floor have been completely restored and the second floor is presently undergoing restoration to become a courtroom.