Raines Station was a whistlestop on the Albany & Northern Railroad.  The Albany & Northern was founded about 1895, so the Raines settlement would have come into being sometime soon thereafter. The tracks once ran beside this old store, owned by Confederate veteran Isaiah Williams, who served with the 60th Georgia Volunteer Infantry. The store was open as recently as  the late 1970s. Thanks to Mr. Williams’ great-great grandson, Fred Gleaton, for sharing the history of the place.

Lori Odom Jones wrote: As a child I remember going to Raines Station to get collard greens and other stuff. I still remember the inside of the store and that they had an old Ouija Board in there. That was the first time I ever saw one. I begged and begged for one and my mama finally bought it. Sadly…it predicted the age my mama would die as 43 and she did. Coincidence? I threw that thing away. Funny how reading these posts bring back so many memories.

Clyde Watson recalls: I remember this store very well in the early 1950’s it was operated as Barry Mercantile Company, by John C Spears. I went to West Crisp School and would work for John on Saturdays and after school on the days he needed me. At that time there was a Grist Mill to left side of the store and I ground meal for customers on Saturday, I was able to work there for three years. Also sometime before maybe there was a store as well but the upstairs was a doctor’s office. When I worked there the remnants of the doctor’s office was still there, some old papers and such, but John and his mother Mrs. Arlette did not want anyone up there very long at the time. 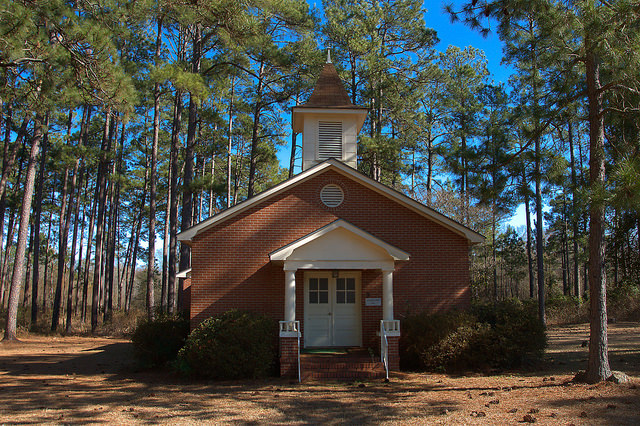 This congregation was established in 1906. It has been inactive for about 20 years, but the grounds and church building are still well-maintained.

Among North America’s largest birds, Sandhill Cranes (Grus canadensis) are quite familiar during their annual migrations from the northern reaches of the continent to the southern United States and Mexico. They’re known for their loud calls and their habit of gathering in large numbers. I encountered around a thousand individuals yesterday feeding in freshly plowed fields saturated with recent rains.