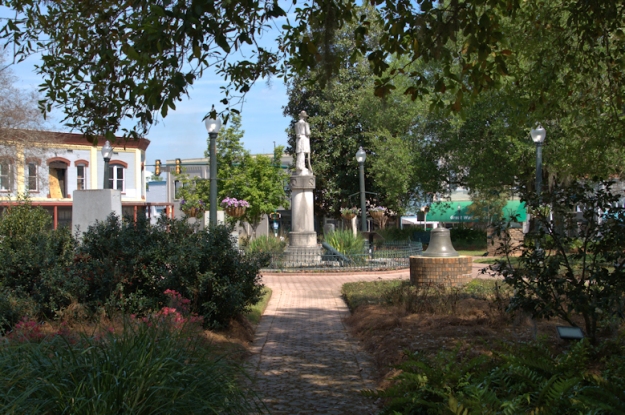 Willis Park is one of the nicest city parks in South Georgia, and is a beautifully maintained green space in the middle of town. It  has been the center of life in Decatur County ever since it opened to the public in 1904. 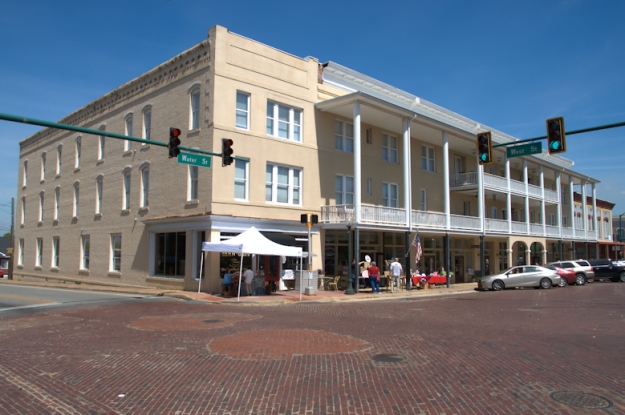 This historic property faces Willis Park and at its core is the footprint of The Sharon House, a hotel built in the 1860s. Significant remodeling and expansion took place in 1901 and it became the Bon Air Hotel. Originally, a full-height porch ran the length of the facade, with balconies on the upper floors, but this feature was removed in the 1950s. As cities built strip malls and activity moved away from historic downtown areas, grand old hotels were seen as too expensive to maintain.The Bon Air wasn’t immune to this fate and closed in the 1960s, falling into serious disrepair. By the 1990s, communities like Bainbridge began to recognize the importance of landmarks to revitalizing their historic identities, and thankfully, the Bon Air was renovated between 1999-2001, with apartments and storefronts. It has retaken its place as the anchor of the commercial historic district.

This has served as Bainbridge City Hall for many years, and was recently restored. It’s one of the most impressive marble structures in South Georgia.

This impressive bank was likely considered an eyesore at one time, but this style has gained appreciation with architectural historians in recent years. If it’s not included in the historic district, it should be.

This structure, now a law office, is sided with tabby blocks. This building material is quite rare away from the coast.

Bainbridge has a relatively intact commercial core, unlike many small South Georgia towns who have seen significant losses due to neglect and deterioration in recent years. There is presently an active movement to restore buildings which have long been derelict, resulting in a vibrant downtown. It’s a process that doesn’t happen overnight, but they’re making great progress.

Corner of Broad and Water Streets

Corner of Broad and Broughton Streets

Corner of Broad and Broughton Streets 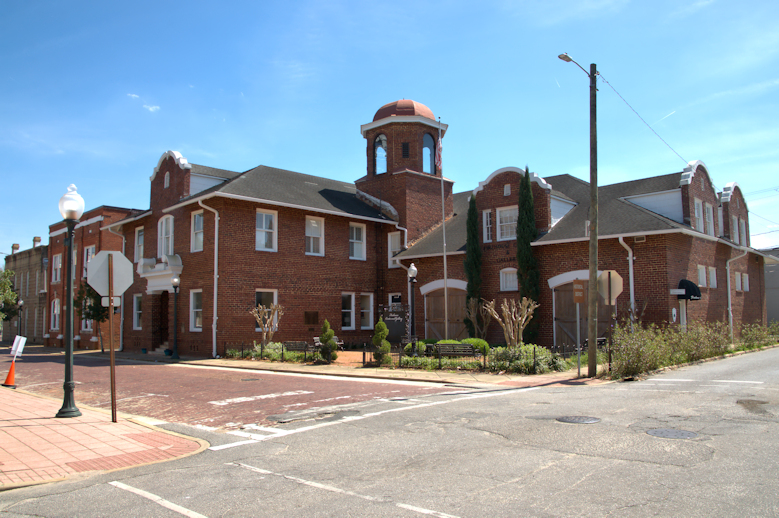 This Spanish Colonial Revival landmark was designed by William Augustus Edwards as a combination City Hall and Firehouse, and over the years has also served as the library and public safety center. It is now known as the Firehouse Center & Gallery and is home to the Decatur County Council for the Arts, featuring gallery and event space. 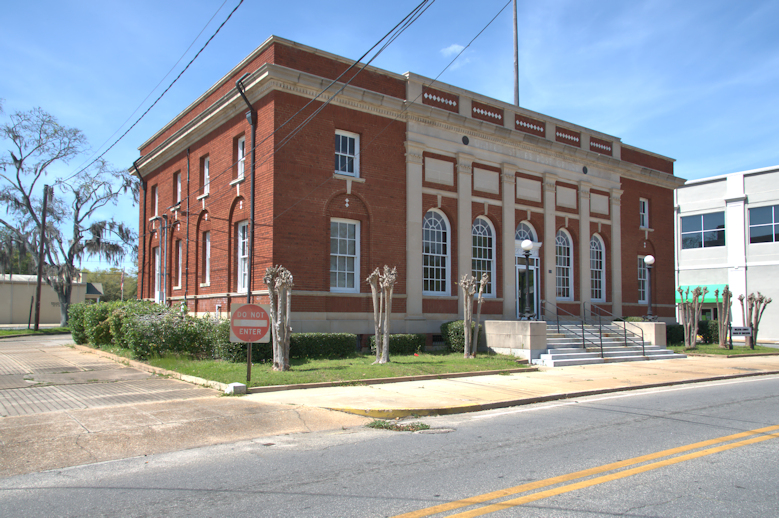 This is presently home to the Decatur County Board of Education office.

According to Bainbridge First United Methodist Church, the congregation was granted land on this site in 1830 and in 1840 their first church home, a ‘log house’ was constructed. A more formal frame structure was built in 1854 and used until the 1890s. A brick church, the first in Bainbridge, was dedicated in 1899, but was destroyed by fire in 1906. The present Romanesque Revival structure was completed in 1908 and dedicated in 1911.