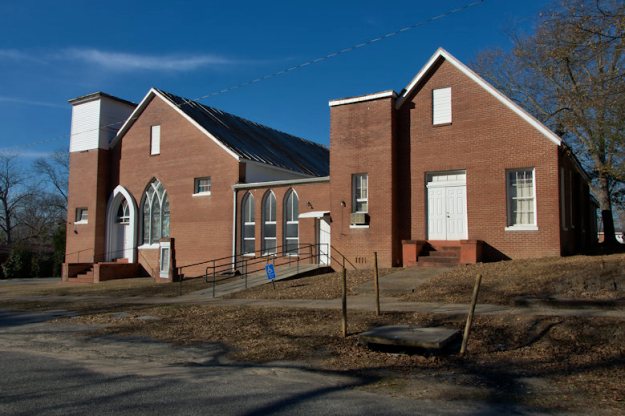 St. Paul Presbyterian is one of four historic churches in the Gillespie-Selden Historic District and the congregation most associated with the institute. Dr. Augustus S. Clark (1874-1959), the founder of the school, came to Cordele as a Presbyterian missionary in 1898. His first charge was to aid the struggling Portis Memorial Presbyterian Church and as a result of his work funding was secured for the construction of the present church, which was named St. Paul. It was in the basement of this church (which has since been expanded) that Dr. Clark first began teaching elementary school classes along with Sunday School. Dr. Clark was alarmed by the inadequate educational facilities for African-American students and made an appeal to the General Assembly of the Presbyterian Church for funding for a school and through the donation of Presbyterians in Northern states, funds were soon secured. 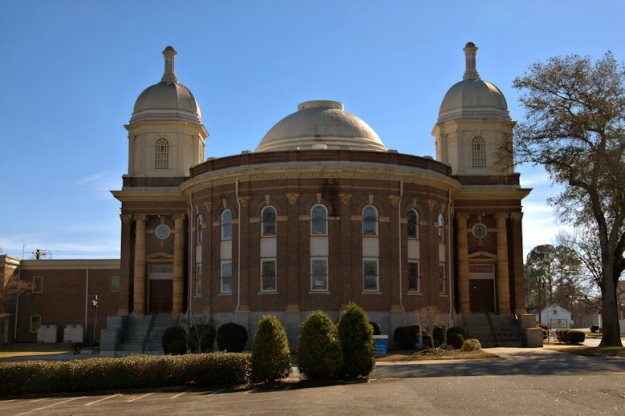 According to the South Georgia Conference of the United Methodist Church: Cordele First United Methodist was organized in 1887, in the Cordele Academy, where services were held until the first building was completed in 1891. It is the oldest church in the city. The first service was held on the third Sunday in January, 1887, with 75 people attending and Rev. John Wesley Conners officiating. The simple, white building was large enough to host the 1891 session of the South Georgia Conference. The present building was erected in 1914.

It is one of the most architecturally unique Methodist churches in the state. 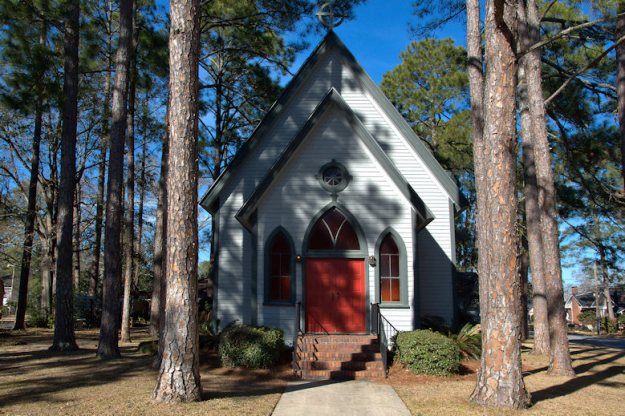 From the website of Christ Episcopal Church-Cordele: In his address to the Diocesan Convention of May 19, 1892, the Rt. Rev. Cleland Kinloch Nelson, then Bishop of Georgia, named Cordele as one of several towns which needed “to be attacked (to use the warlike phrase proper to a militant church) and to be strongly manned.” He pointed out that Cordele was a place where the church has, as yet, no foothold.

...detailed records of the beginnings of Christ Church were lost in 1944 when the priest’s residence burned. However it is known Bishop Nelson and Rev. Walker returned to Cordele in late 1896 and met at the Arthur Kirkland home with D. Ed Kennedy, C.C. Cutts and several others to finalize the organization of the Episcopal Church in Cordele…Christ Church, originally, was built on “Gunboat Hill” at the corner of South 9th St. and West 17th Ave. Shortly after the turn of the century, exact date unknown, the building was moved to the intersection of South 7th St. and East 14th Ave. At this time church school rooms were added to the rear of the structure. Moving the church the second time proved to be more difficult than anticipated and, according to newspaper accounts, the church sat almost in the middle of busy U.S. Highway 41 for a part of the time.

Now known as “the most traveled church in the Diocese of Georgia” the original building was moved to its third and present location at South 1st Street and East 15th Avenue in 1952.

Christ Episcopal Church is typical of other Episcopal churches in Georgia built around the turn of the last century. 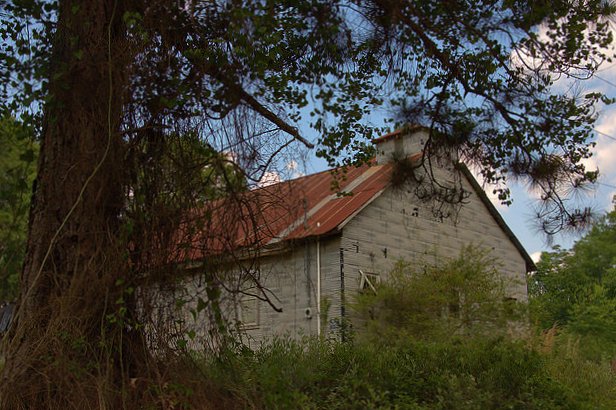 Other than having been told that this was a black congregation, I spent over ten years trying to identify this church. Thanks to a post to my Vanishing Georgia group on Facebook by Tony Cantrell, I am now confident that it is the original home of the Oak Grove Missionary Baptist Church, which is now known as New Oak Grove Missionary Baptist and located in Cordele. That church was established in 1940, so perhaps this was used by another congregation from 1904 until that date. 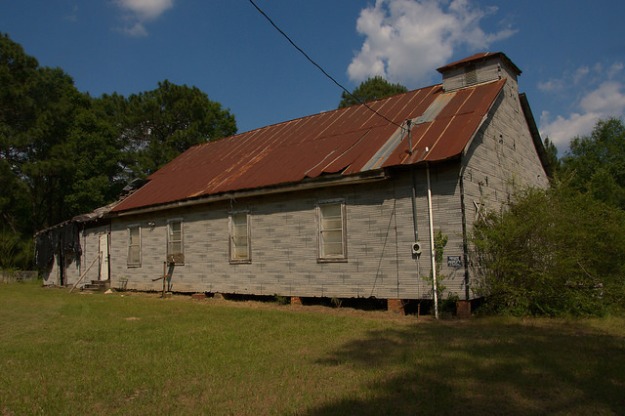 “Tar paper” churches were once common but now most are gone. 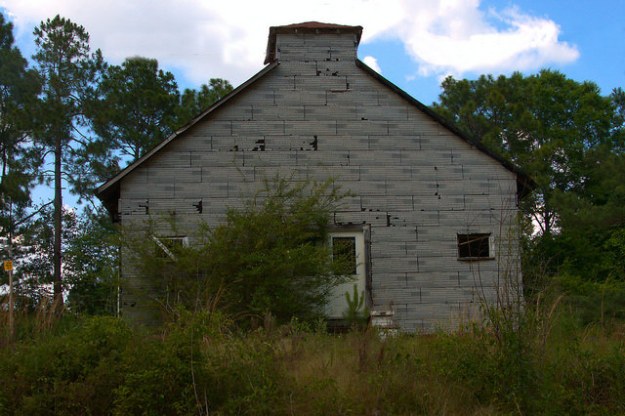 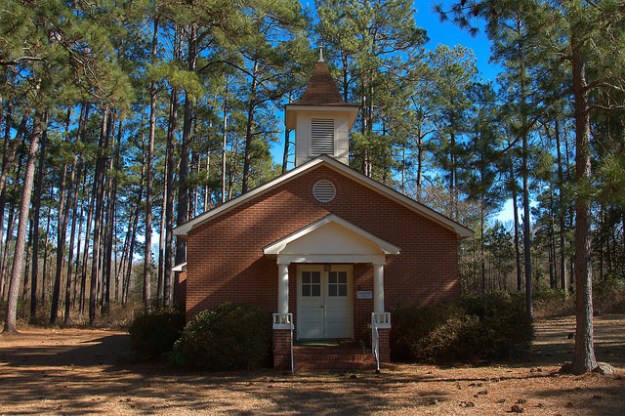 This congregation was established in 1906. It has been inactive for about 20 years, but the grounds and church building are still well-maintained. 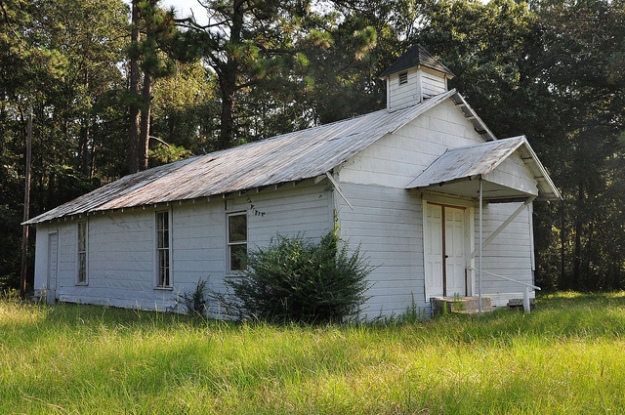 Thanks to Michael Pittman for the identification. 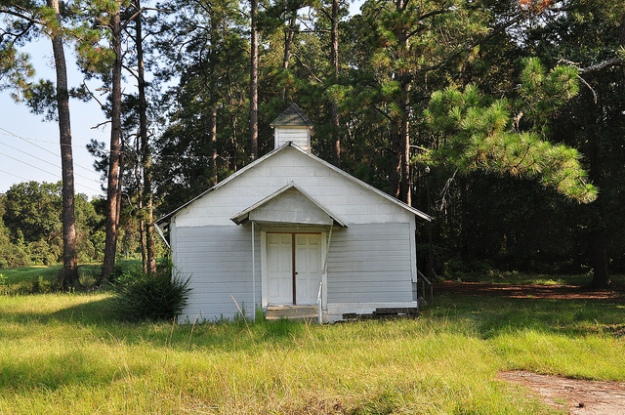 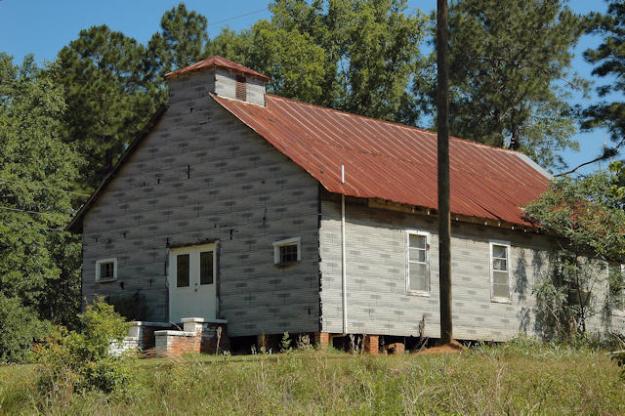 This African-American church is located off Georgia Highway 90 near the Hatley community.