Bad weather didn’t keep people away from this year’s 34th Annual Catface Turpentine Festival in Portal, which bills itself “The Turpentine City”. The recently named Bobby Ronald Newton Turpentine Museum (background, above) is the focal point of the festival. In 1982, Denver Holllingsworth and the Portal Heritage Society suggested restoring the old Carter still and with enthusiastic community involvement, the old boiler was finally relit. The Carter still is one of only three remaining in Georgia. The two other stills are located in Tifton and Walthourville.

As he’s been doing since the festival’s inception, Mr. Roger Branch is on hand each year and eager to tell you anything you might want to know about the history of what was once South Georgia’s biggest industry. Roger is the retired chairman of the Department of Sociology & Anthropology at Georgia Southern University and has always been interested in preserving historical and cultural aspects of life in South Georgia. I like to think of him as the “Ambassador of Turpentine”. The calendars behind him were produced for many years by the American Turpentine Farmers Association (ATFA) in Valdosta and feature annual winners of the Miss Gum Spirits of Turpentine contests. The ATFA disbanded in the early 1990s, as commercial production of turpentine disappeared from the scene.

There are several of these old markers on the walls of the Turpentine Museum, from the Carter & Son turpentine operations. F. N. Carter, Sr., put Portal on the map as one of Georgia’s centers of the naval stores industry in the 1930s and along with his son E. C. Carter maintained this vital part of the area’s economy until the early 1960s.

David King, from the Georgia Museum of Agriculture at Tifton’s Abraham Baldwin Agricultural College (ABAC), is an expert on the distillation of turpentine and runs the old Carter still at the festival. 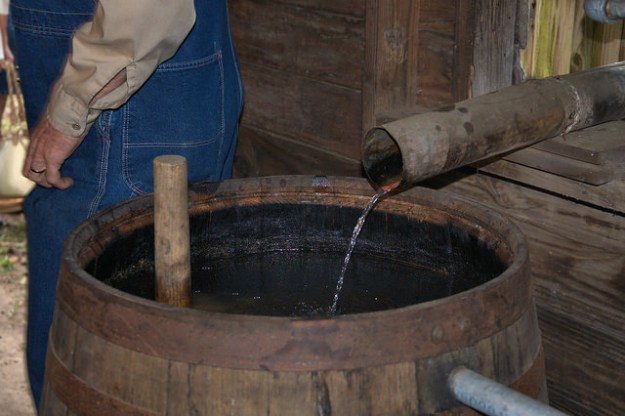 The museum’s namesake, Bobby Ronald Newton, was a longtime volunteer at the festival and was instrumental in preserving the area’s turpentine history.

The little building beside the still is filled with all sorts of memorabilia, from signs and calendars to tools and even catfaces themselves. To those who don’t already know, the name catface was given to the slashes cut into pines to gather sap. They’re said to resemble cat’s whiskers.

Also on display are Herty cups (below left) and other early innovations for the collection of sap. 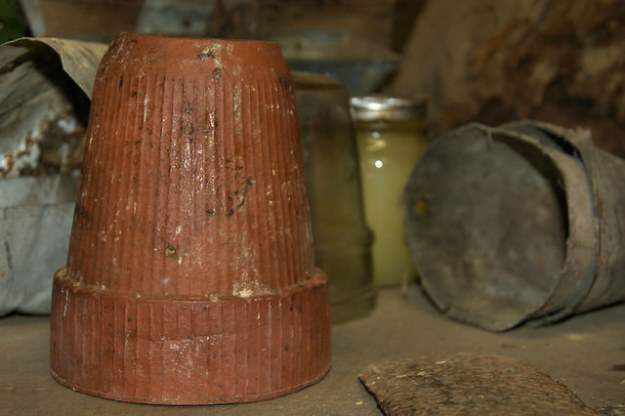 Perhaps the most popular item, though, is the hardened gum rosin itself, which has a gem-like appearance. 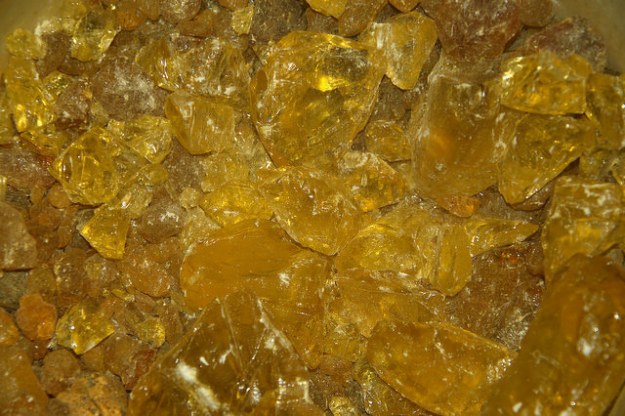 A variety of vendors and activities for the kids insure a good day at the festival.

Come and learn about this vital part of South Georgia’s history, and have fun in the process. 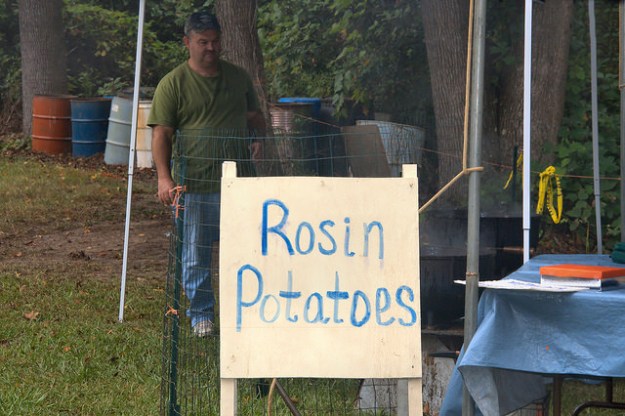