This log building once served as the Willacoochee library. It has most recently been used as a thrift shop by the United Methodist Church. 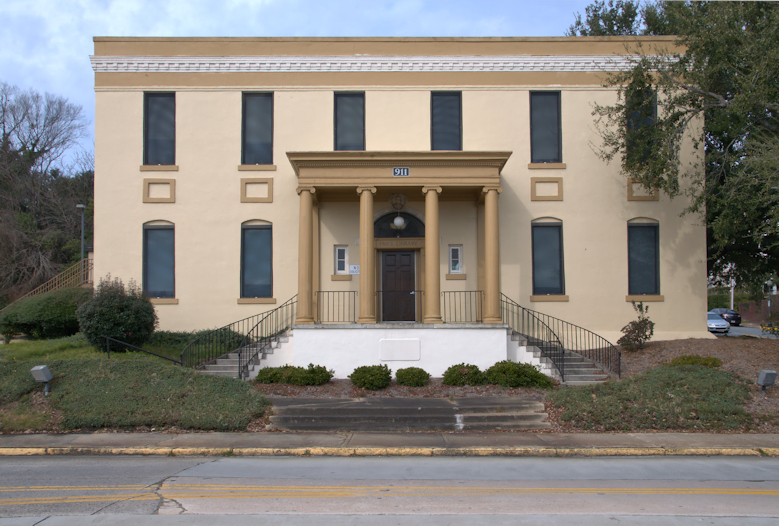 In the late 19th century free public libraries were a relatively new concept but Macon Mayor S. B. “Daisy” Price wanted to open such a facility that would be free to all (white) citizens of his growing community. The library formally opened on 7 January 1900 and was named for Mayor Price, who had died on 22 November 1899. The structure’s entrance originally faced Orange Street and featured a turret but a renovation and needed update by the Civil Works Administration re-oriented the library and moved the entrance to 1st Street.

The Carnegie Colored Library was built for Savannah’s African-American community on East Henry Street between 1913-1915 and another Carnegie grant aided the construction of this structure, the Savannah Public Library on Bull Street in 1916. This Neoclassical landmark was designed by Hyman Wallace Witcover, the architect responsible for Savannah’s iconic City Hall and other prominent landmarks. Text on the structure reads: This eternal court is open to you with its society wide as the world-the chosen and the mighty of every place and time. Make books thy comrades. The library was among the earliest public institutions in Georgia to be desegregated, opening its doors to all citizens in 1963.

Under the leadership of Methodist minister Emmett Emerson Gardner, the local Boy Scout troop cut, notched, and scraped the logs and erected this cabin for use as their lodge. 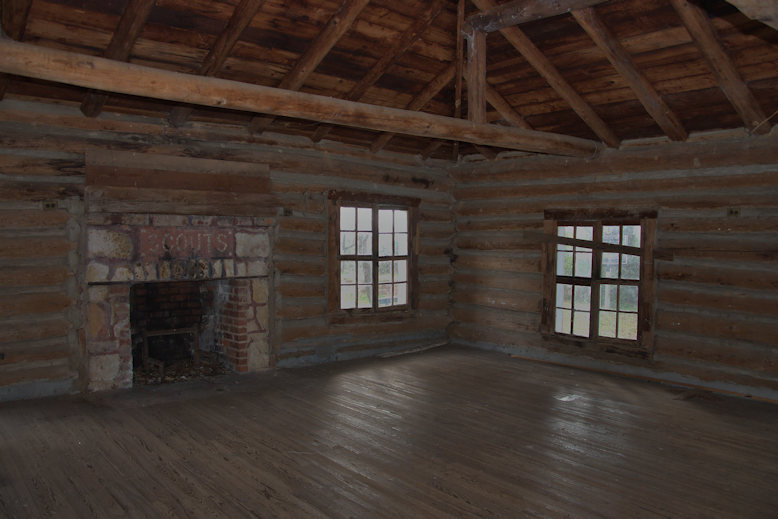 Originally consisting of two rooms, the cabin was later remodeled for use as the first library in Fort Gaines. 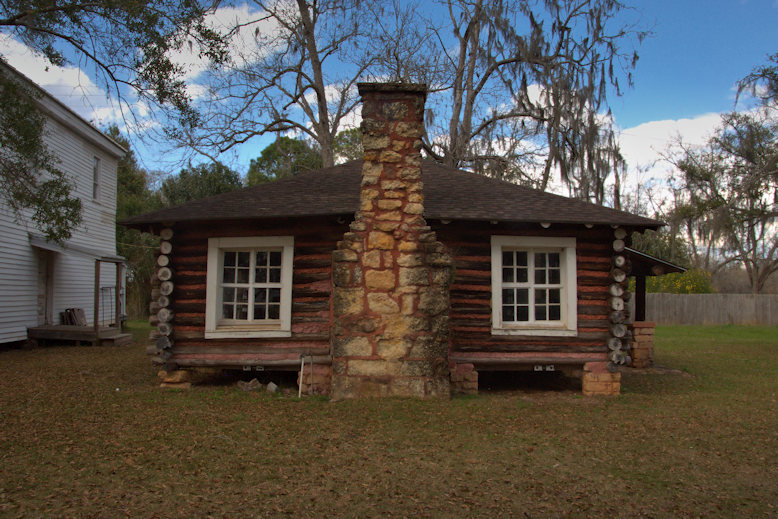 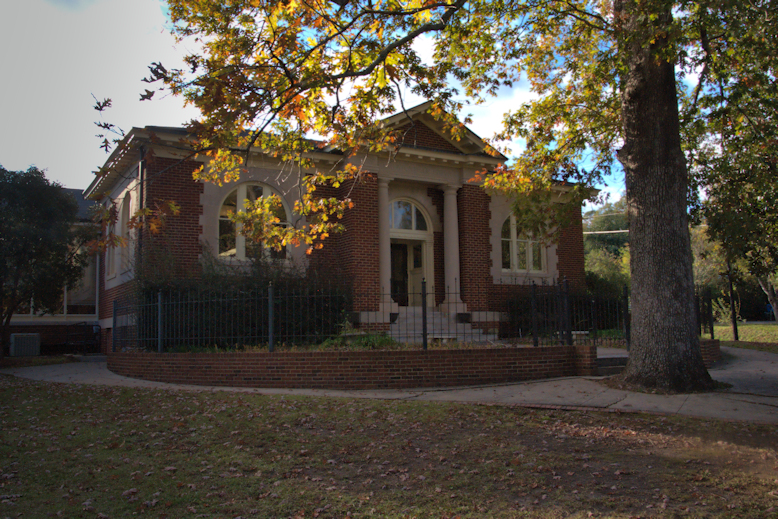 This is one of the quaintest little public libraries in Georgia. I imagine it must have been a residence at one time. 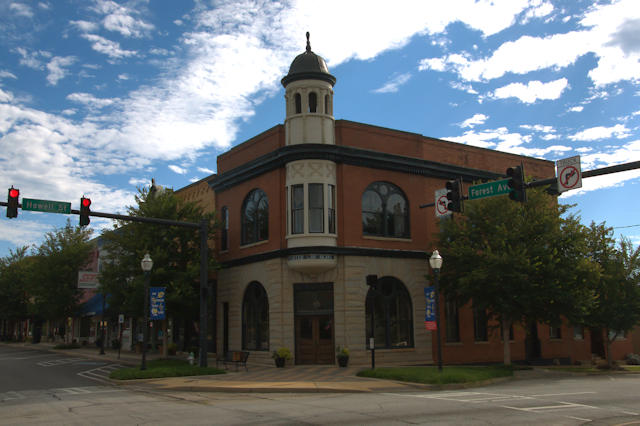 Known today as the Carter Law Office, for its present owner, this is the most iconic commercial structure in Hartwell. [I use the original name for historical purposes]. It was home, for many years, to Homer Herdon’s Drug Store, a popular gathering place from the 1930s to the 1960s. The second floor once housed the Hartwell Library, as well. I have been unable to confirm a date of construction, but the Richardsonian Romanesque style, in which it’s constructed, was popular from the late 1880s to the turn of the 20th century.

The Macon Public Library & Historical Society, which was chartered in 1876, commissioned D. B. Woodruff to design the city’s first library, completed in 1889 in the Romanesque Revival style. The library (located here until the 1920s) was on the second floor while commercial businesses occupied the first floor. It housed numerous other tenants over the years. [David B. Woodruff was a Connecticut native who came to Georgia in 1853 and served with the Macon Volunteers (Infantry) in the Civil War. He designed several important buildings in Macon and Augusta].

In the 1960s, the building was home to the College Discotheque, a popular hangout and music venue. On 2 May 1969, the Allman Brothers Band played their first gig in Macon here. They had recently moved to town to be near Phil Walden and Capricorn Records.

After falling into disrepair and facing demolition in the late 20th century, the old library was completely restored by Tony Widner around 2007. It’s now known as the Library Ballroom and serves as an event venue.

Designed by the Atlanta architectural firm of Bruce & Morgan, Haralson County’s historic Queen Anne courthouse is a sight to behold and a wonderful anchor for this small downtown. Though a more modern courthouse was built in 1972, this structure still serves the public as a library.

I’d like to thank Donnie Boswell for his hospitality during my brief visit and for sharing some of the history of Buchanan. He serves as the Main Street Affiliate Representative for Buchanan and is very enthusiastic about his community. He also let me know that the town name is pronounced buck-hanon not bew-canon.

Typical of New Deal architecture, the old North Georgia College (now the University of North Georgia) library was built by the Federal Works Agency and is now used for classrooms, I believe.